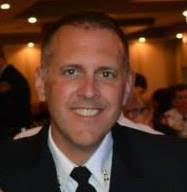 The Florissant Valley Fire District is pleased to announce Battalion Chief Jason Hoevelmann has been selected to become the next Chief of the Department upon current Chief Scott Seppelt’s retirement in March 2019. Battalion Chief Hoevelmann has been with the district since 2000, rising through the ranks from Firefighter/Paramedic to Captain to Battalion Chief. Battalion Chief Hoevelmann is an accomplished author, having been published in trade magazines such as Fire Engineering, and a sought-after speaker at conferences such as the annual Fire Department Instructor’s Conference (FDIC) in Indianapolis, IN which draws in excess of 25,000 attendees from around the world.
###