Firehouse 2 is located in Florissant on the corner of Pohlman Rd. and Derhake Rd. 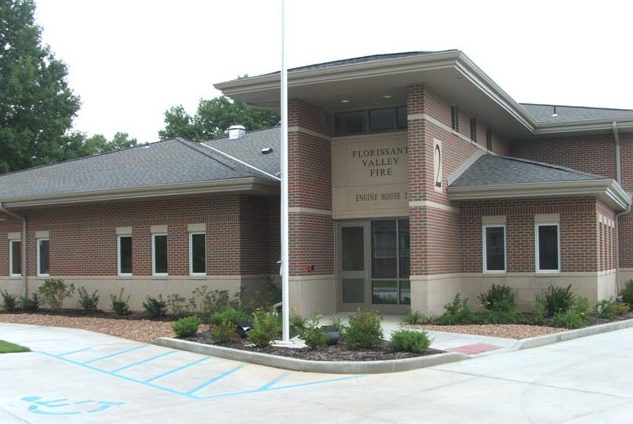 Ambulance 4027 stationed at House 2 is an MXP-170E built by Demers Ambulances on a 2019 Dodge Ram Diesel I6 5500 chassis.  This ambulance went in service in April 2020.  Ambulance 4027 was purchased using funds from a bond issue re-affirmed by residents of the district in 2014.  Once the purchase of two additional ambulances from the same bond issue are complete later this year, a spare ambulance will be stationed at House 2 as well.